The Ohio Air National Guard’s 180th Fighter Wing, based in Toledo, is scheduled to conduct training flights at night…

Area residents may see or hear F-16 fighter jets taking off and landing until about 10:00 p.m. this week.

The 180th Fighter Wing appreciates the continued support from the citizens of Ohio and Michigan as we continue to train in support of our mission.

For updated photos and videos of the 180FW visit: https://www.dvidshub.net/unit/180FWONG

On Thursday, September 21 at 6 pm, the library is offering a Pinteresting Projects/Adult Craft Night.  Create a FALL BUCKET LIST to welcome the new season.  Please bring a mini bucket, mason jar or flower pot.  Other materials will be supplied.  Samples are on display at the library check out desk or see a picture on the website –NB Library Website

Children are invited to bring a stuffed animal friend for the library’s Pajama Party on Thursday, September 28 at 6:30 pm.  Bedtime stories and snacks will be shared.  Afterwards, the children may tuck in their stuffed animal and say “Good Night” to leave the stuffed animals for a library sleepover.  Children should return for their friends the next day.  What will they do when the library is closed?!? September is Library Card Sign-Up Month.  This year marks the 30th anniversary of the American Library Association’s promotion.  The NB Library would like to encourage everyone to visit the library during the month to get a new card, or a replacement if they do not have an active card.  Children age 5 to 17 must be accompanied by a parent or legal guardian to apply.  Adults will need to present a driver’s license or official ID with a current address.  The first card is free of charge.  Replacement cards are $3.  Everyone who gets a new or replacement card through Sept. 30th will receive a photo keychain (while supplies last) and be entered into a drawing for a $25 Amazon gift card.  One adult and one child winner will be drawn from entries at the beginning of October.

Kids in grade 4 and under may sign up for a special Mo Willems drawing at the Children’s Desk through Sept. 22.  The library is giving away 4 prizes of the author/illustrator’s books and stuffed characters.  Kids will need to check out something to read or sign up for computer time to enter.  There are also Mo Willems’ bookmarks and stickers to collect!

Homecoming week kicks off at NBHS this morning and will continue throughout the week.There are a lot of activities planned for the week( see bottom of article) that the community can take part in. Congratulations to these students who have been chosen to represent their respective classes.

Mia McCartney is the daughter of Kelly and Will McCartney.  Mia participates in volleyball, track, band, basketball, softball, and student council here at NBHS, and participates in the Youth Fellowship program at her church.  In her free time, she enjoys playing summer softball, running, spending time with her friends, family, and boyfriend, Hunter, and she also enjoys going to the beach and cheering on her favorite teams: the Cleveland Indians, the Ohio State Buckeyes, and the Cleveland Browns.

Nick Morales is the son of Zailett Morales and Richard Morales. In his spare time, he likes hanging out with friends and family. He also enjoys going to NB sporting events to watch or participate in them.

Lydia Hartman is the daughter of Bev and Sam Breyman. Lydia runs cross country and track. She is also a member of publications and swing choir.

Brayden Holloway is the son of Matt and Jenny Holloway. He plays football, basketball, and baseball here at NBHS. He also likes to spend time with his friends and in his free time he enjoys watching movies.

Maureen Krieger is a foreign exchange student from Germany. Her host parents are Amy and Thomas Lee. Back home she enjoys riding horses and has her own horse named Turner. Here in America, she has started playing volleyball. She enjoys traveling and has lived one month in Sardinia because of an exchange before. In the future, she hopes to travel the world and do something with CSI or design.

Matt Julien is the son of Greg Julien and Laura Julien. In his spare time, he enjoys hanging out with friends, working out, and playing video games.

Paige Hyatt is the daughter of Troy and Penny Hyatt. Paige participates in softball and basketball here at NBHS and is also a member of the National Honor Society. Outside of school she enjoys shopping, doing makeup, and hanging out with friends, and especially, her sister Olivia. Upon graduation, Paige plans to attend BGSU and work with children.

Noah Cotterman is the son of Tracy and C.J. Cotterman. At North Baltimore, he participates in football, basketball, baseball, and track. He is the current president of National Honor Society and the senior class, and also participates in Student Council. In his spare time, he loves to hang out with the Baller Squad and other friends. After graduation, he plans to attend The Ohio State University, BGSU, or Ohio University to major in business or political science.

Taylor Kelley is the daughter of Kim and Tim Kelley. Taylor was a member of the volleyball team for three years, and she is currently a member of formations dance studio for competitive dance. She has also been an active member of student council and Paws for a Cause for two years. In her free time, she enjoys spending time with her family and her closest friends Chantel, Kate, Josh, and Makenna. Upon graduation, Taylor plans to attend The University of Toledo to be a mechanical engineer. She also plans to return to sporting events to cheer on her sister Kaitlyn.

Noah Pelton is the son of Mary Casey and Kirk Pelton. Here at NBHS, Noah is an active member of band, cross country, Tri-M, student council, and NHS. Outside of school, he is also in the Boy Scouts and has earned his Eagle ranking. He holds a part time job at the scout shop. In the future, Noah plans on going to The University of Toledo to earn a degree in environmental science as well as to join the Air Force ROTC and National Guard.

Makenna Ray is the daughter of Chris and Jeremy Ray. Makenna participates in softball and is an active member of student council, National Honor Society, and Paws for a Cause. In her spare time, she enjoys spending time with her boyfriend, hanging out with friends, shopping, and watching Netflix. In the future, Makenna plans to attend Bowling Green State University to major in Psychology.

Nate Staley is the son of Dan and the late Rhonda Staley. Here at NBHS he participates in wrestling and football. In his free time, he enjoys hanging out with friends as well as eating and sleeping. After graduation, Nate has plans to attend BGSU with the hopes of becoming an athletic trainer in his future.

Lauren Watson is the daughter of Kristy Watson.  Lauren is in Mrs. Pasche’s class, and when she grows up, she wants to be a doctor.  Her favorite color is purple and she enjoys playing with her baby dolls and putting together puzzles.

Brody Clark is the son of Ryan and Rani Clark. Brody is in Mrs. Pasche’s class and wants to be a baseball player like his dad when he grows up. His favorite colors are red and blue, and he is a triplet. His sisters are Brynne and Lily Clark.

The 2016 Queen and King, Makayla Light and Noah Brian will be present to crown the new royalty on Friday Night.

Last year’s queen, Makayla Light is the daughter of Aaron (Butch) and Kelly Light. Makayla is currently attending The University of Findlay for pharmacy.

The 2016 king, Noah Brian, is the son of Rob and Shelley Brian. He is currently attending The University of Findlay. In his spare time, he enjoys riding dirt bikes and hanging out with family, friends, and his girlfriend.
The North Baltimore Homecoming will take place from September 18th through September 23rd this year. The theme for the 2017 Fall Homecoming is Disney.

Spirit days will start on Monday, September 18th with Pajama Day. On Tuesday, students and staff will dress up for sport day by wearing their favorite team jersey or sporting apparel. For Wednesday, NB will sport Country Bumpkin’ attire. On Thursday, they are asked to dress from their favorite decade. Then as usual, the week will end with Tiger Spirit Day on Friday as the school shows their spirit in hopes that the Tigers defeat Cory Rawson.

Also during this week each class, 7th through 12th grade, will participate in The Battle of the Classes by doing different activities such as: auditeria and float decorating, tug-o-war, lip sync, and more.

The powder puff game will take place on Tuesday, September 19th at 7 p.m. at the football field. The bonfire and mudslide will immediately follow. Classes are encouraged to come and lead their cheers at the bonfire as part
of the Battle of the Classes.

Parade lineup will be Friday, September 22nd at 4:45 in front of Powell, with step-off at 5:30. Come out and support your NB Tigers and court!

(Family Features) Ease your way into a busy new school year with easy dishes you can prepare and serve in minutes. Time-saving and delicious dinners allow you to enjoy valuable family meals without sacrificing precious time in the kitchen.

One smart way to pull together flavorful meals when you’re pinched for time is to keep versatile ingredients on hand that you can use in a variety of ways. For example, pre-sliced pepperoni is perfect for quick snacks, but it’s also great for do-it-yourself pizzas, casseroles and even a fresh take on grilled cheese sandwiches. An option like Armour Turkey Pepperoni can brighten up any appetizer or dish with 70 percent less fat and 25 percent less sodium than the Original variety.

Another “A-plus” idea: keep frozen meatballs handy, but think beyond traditional spaghetti. Not only do fully cooked meatballs save plenty of time, they make for a fun way to add protein and bring great flavor to kid favorites like macaroni and cheese. 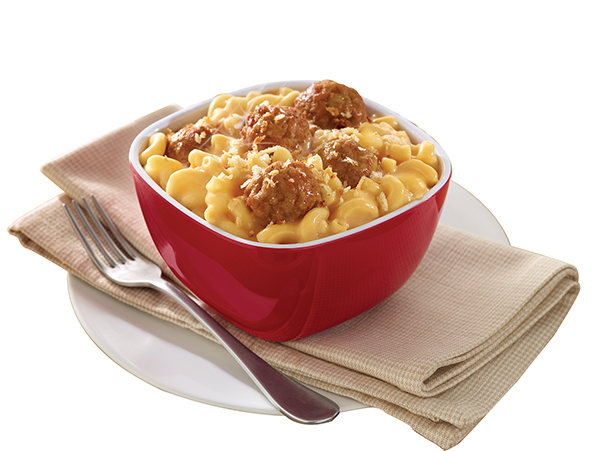 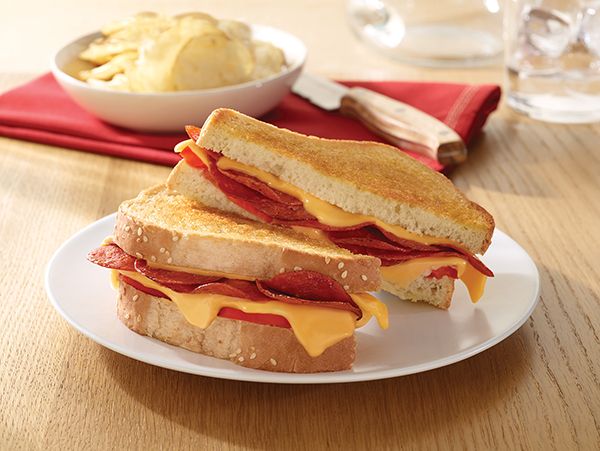 Thursday at Riverdale and Saturday at Lakota…….. (Family Features) Filling the hours between the final bell of the school day and bedtime isn’t always easy, and if you’re like most parents, the search is always on for playful – and even educational – experiences you can enjoy with your kids.

An important aspect of after-school activities includes snacking, and when you combine that with playtime, you can open the door to imaginative, discovery-filled experiences for the whole family. 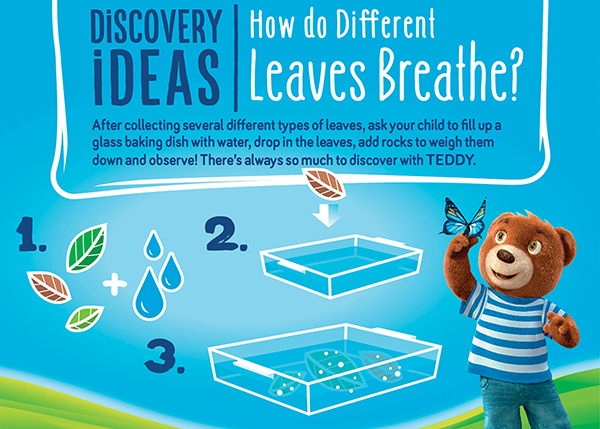 Whether you’re putting together a musical instrument with items from your pantry or whipping up a homemade science experiment, a delicious snack can help spark playful moments of discovery and natural curiosity. A snack like Teddy Soft Bakes, which are bear-shaped, soft-baked treats with a hidden flavored filling that kids will love to discover, can help provide these moments of discovery at snack time. These individually wrapped treats are a snack parents can feel good about saying yes to because they are free of artificial flavors, artificial colors and high fructose corn syrup. This snack can help open the door to after-school activities like these: