The North Baltimore staff has elected Lilly Westgate to be student of the month for January.

Lilly has never been one to shy away from responsibility.  She is at the top of her class academically and has held leadership roles in Tri-M, National Honors Society, Student Council, 4-H, and Junior Fair Board.

She is one of North Baltimore’s drum majors and is also a member of our golf team and cheerleading squad.

Lilly is an incredibly gifted, hardworking, and compassionate young woman who is absolutely deserving of this honor.

After graduation, Lilly plans on attending BGSU to pursue a career in speech and language pathology.

Seedlings available in packets of 10…..

The order and payment deadline is February 28, 2019.  Order forms are available on the website at www.woodswcd.com, on Facebook, or at the district office: 1616 E Wooster Street (Greenwood Centre – The Courtyard)in Bowling Green.

Here are the latest stats for Girls Basketball. All schools reported this week:

We love wings at our house but never have too much success making them at home, maybe because we don’t have a deep fryer. I think we will give this recipe a try…..

(Family Features) When bringing your friends and family together to watch the game, you’ll likely want to avoid any fumbles in the kitchen. Fret not and opt for a big batch of easy-to-make wings while incorporating these stress-free tips into your game plan to help ensure a resounding success: 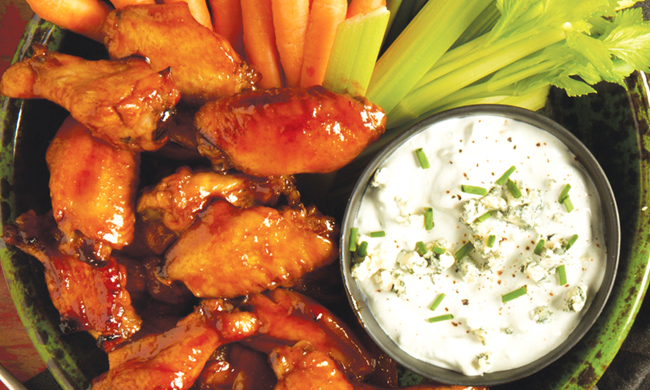 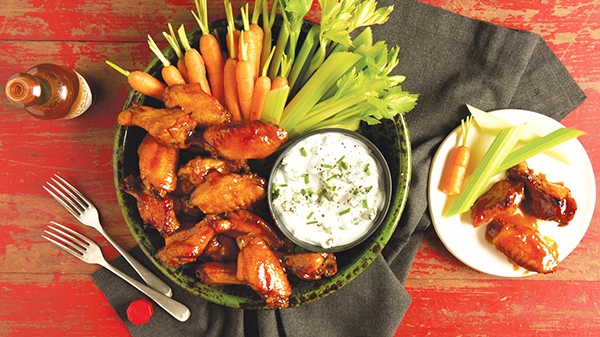 Here are the boys stats for BVC basketball through 7 weeks of competition:

Bill Offering Low-Income Americans Free Medical Care Introduced With Bipartisan Support in House
AMAC touts increased access to healthcare, taxpayer savings of billions in annual Medicaid payments
WASHINGTON, DC, Jan 30 – A simple but effective mechanism to increase both choice and access to quality healthcare for the Nation’s Medicaid eligible poor, while saving billions in Medicaid and CHIP outlays, was introduced today in the House of Representatives. Under the proposed law, doctors and medical professionals who offer medical care for low-income Americans would receive a tax deduction for each low-income patient they treat for free.
The “Physician Pro Bono Care Act ” was introduced by Rep. Dan Webster (R-FL) and Colin Peterson (D-MN). The bill has five additional co-sponsors.
Many physicians are dropping out of the Medicaid program due to high administrative costs and procedural burdens. This bipartisan Physician Pro Bono Care Act (HR 856) effectively provides Medicaid and CHIP eligible individuals and families access to healthcare, the ability to choose their physicians and establish long-term patient-physician relationships.
At the same time, the law would provide physicians the opportunity to avoid Medicaid’s and CHIP’s costly administrative burdens and receive a simple charitable tax deduction for their services. The annual net savings of this charitable deduction approach to Medicaid and the CHIP program expenditures would be a multiple of the cost of the deduction.
“This can be a bipartisan win-win to improve access and choice to healthcare for those of limited means and I urge the Congress to take up this legislation and pass it,” said Dan Weber, president and founder of AMAC. “From the positive feedback we’ve received from physicians, we believe medical care could be offered to as many as 7 million needy people,” Weber added.
“This bill is a creative, commonsense solution that ensures our most vulnerable Americans have access to the care they need, from the doctor they choose, at a price they can afford,” said Rep. Daniel Webster. “This bill removes government bureaucracy and red-tape that obstructs the patient-doctor relationship, and it expands access to doctors for some of the more vulnerable in our society.”
“In addition to expanding care options for those most in need, the Physician Pro Bono Care Act also has the potential to save billions of dollars in federal healthcare expenditures,” said Rep. Colin Peterson. “I look forward to working with Congressman Webster to implement this important reform.”
Bill Introduced Today By:
Rep. Dan Webster (R-FL)
Rep. Colin Peterson (D-MN)
Additional Co-sponsors:
Rep. Mark Meadows (R-NC)
Rep. Rick Allen (R-GA)
Rep. Jody Hice (R-GA)
Rep. Alex Mooney (R-WV)
Rep. Bruce Westerman (R-AR)
AMAC is the 1.5-million-member conservative alternative to AARP and has extensively lobbied in support of the measure. The organization will continue its work with House Members to encourage more co-sponsors as well as support from the medical and conservative communities, who supported a nearly identical version of the bill which was introduced in the last session of Congress.