“The Joker” will be shown FREE starting TONIGHT 7 pm! Repairs on highfalutin projector not done…

from Shawn Benjamin, Virginia Theater Operator:  “As we welcome everyone back to the Virginia Theatre. If something could go wrong, it has.

Our projector that shows first run movies is not operational and won’t be ready by this weekend. Therefore, we will show the previous DC Comic movie, “The Joker” as a FREE event to the community at the regular show times:

All options have been exhausted trying to fire up the projector in time. It’s hard to admit defeat but this theatre will open and the projector will be repaired.

We will announce again at the theatre tonight (7:00 pm) and this weekend before all showings. We still plan on showing “Birds of Prey”, hopefully by next week so keep watching our announcements. Thank you for your understanding and support” ~ Shawn.

Bridge Bereavement Services, a division of Blanchard Valley Health System, will host a “Forever Memories” support group on Thursday, February 13 from 5:30 to 7:30 p.m. in the Hub at Birchaven Village, located at 15100 Birchaven Lane, Findlay. Individuals who have experienced the death of a loved one can find support in one another while creating a 12 inch by 12 inch memory frame to honor a deceased loved one’s life and relationship.

All adults and families who have recently lost a loved one are welcome, whether or not the deceased was a patient of Bridge Home Health & Hospice. This opportunity allows individuals the chance to take a step toward healing by creating lasting memories and speaking openly about loved ones who have passed.

All supplies will be provided, but attendees are encouraged to bring memories and photographs they would like to use to create the frame. Registration is required by Monday, February 10, 2020. To register or for more information, call the Bridge bereavement coordinator at 419.423.5351 or email bridge@bvhealthsystem.org.

Due to the icy weather, the View and Chew was postponed till next Wednesday, February 12th. Bring a lunch or snack to enjoy during this FREE movie for adults….

The North Baltimore Public Library is pleased to announce the February 6th, View and Chew. The movie JUDY will be shown staring Renée Zellweger in the Wolfe Community Room at Noon.  (NOTE: Due to the icy weather on Thursday, Feb 6th the View and Chew was postponed until next Wednesday, February 12th)

Legendary performer Judy Garland arrives in London in the winter of 1968 to perform a series of sold-out concerts.

Bring a lunch or snack to enjoy during this FREE movie for adults.

Because up to 80% of heart attacks are preventable, it’s important to follow your doctor’s recommendations for reducing your risk….

(Family Features) After a heart attack, as many as 1 in 4 survivors will have another one. Lifestyle changes and working closely with your doctor to manage your health can help minimize the risk of a repeat event.

“A heart attack is a life-changing event,” said Nieca Goldberg, MD, American Heart Association volunteer and medical director of NYU Women’s Heart Program. “What many people don’t realize is the hidden risks that led to your first heart attack can be managed and, by doing this, you may reduce your risk of having another one.”

Take your medications as prescribed. Certain medicines can lower your risk of another cardiac event. That’s why it’s important to understand your medications and take them correctly. Taking aspirin as recommended by a doctor is one way to help prevent another attack. No one should start, stop or modify an aspirin regimen without first speaking with their doctor. Aspirin is not appropriate for everyone, so be sure to talk to your doctor before you begin an aspirin regimen.

Manage your risk factors. After a heart attack, it’s important to manage risk factors such as high blood pressure, high cholesterol and diabetes by taking medications as prescribed, quitting smoking, eating healthier and getting active.

Get support. It’s normal to feel scared, overwhelmed or confused after a heart attack. Getting support from loved ones or people who have also experienced a heart attack can help you cope. Connect with other heart attack survivors and caregivers through local support groups or the American Heart Association’s free online Support Network.

Take Charge of Your Heart Health

Heart disease is the No. 1 cause of death in the United States, but your lifestyle can be your best defense.

Stop smoking. If you smoke, quit. If someone in your household smokes, encourage him or her to quit. It may not be easy, but it’s even harder to live with chronic heart disease or recover from a heart attack.

Choose good nutrition. A healthy diet is one of the best weapons for fighting cardiovascular disease. Research shows eating 4-5 servings of fruits and vegetables each day may lower blood pressure over time.

Lower cholesterol. Fat lodged in your arteries can trigger a heart attack or stroke. Reduce your intake of saturated fat, trans fat and cholesterol, and get moving. If diet and physical activity alone don’t get those numbers down, then medication may be the key.

Lower blood pressure. Shake that salt habit, take your medications as recommended by your doctor and get moving. An optimal blood pressure reading is less than 120/80 mmHg (millimeters of mercury).

Be physically active. Research has shown that at least 150 minutes per week of moderate-intensity physical activity can help lower blood pressure and cholesterol and keep your weight at a healthy level.

Reduce stress. Some studies have noted a relationship between coronary heart disease risk and stress. This may affect the risk factors for heart disease and stroke. For example, people under stress may overeat, start smoking or smoke more than they otherwise would.

Learn more about ways you can thrive after a heart attack at heart.org/oneisenough.

…is seeking local nonprofit agencies to participate as sponsors or meal sites.

The Ohio Department of Education announced it is seeking local nonprofit agencies to participate as sponsors or meal sites for the 2020 Summer Food Service Program. The Summer Food Service Program ensures that children ages 1-18 continue to receive nutritious meals during the summer break from school, when they do not have access to school breakfast or lunch. Children with disabilities and approved individualized education programs may participate through age 21.

“Ohio’s strategic plan for education emphasizes the importance of meeting the needs of the whole child,” said Paolo DeMaria, state superintendent of public instruction. “Having access to regular, nutritious meals is a basic need that doesn’t go away for our students just because school is not in session over the summer. This program is designed to let students spend their summers playing, growing and exploring instead of worrying about where their next meals are coming from.”

Since 2014, Ohio has increased program participation by more than 10 percent. Despite this growth, the program needs more sponsors to reach all Ohio students who are in need.

Organizations interested in participating as a sponsor must be:

Any organization interested in becoming a sponsor or site for the 2020 program should complete the potential sponsor survey.

Today ODOT officials were at Alloway Environmental Testing in Lima to honor the company’s 26 years of service in the program. Since 1994, the company has maintained a two-mile stretch of highway along state Route 65 north of the village of Cairo.

“The long-standing dedication of these Adopt-A-Highway groups demonstrates a passionate commitment for maintaining the beauty of their state,” said Governor Mike DeWine.  “The Adopt-A-Highway program provides an opportunity for anyone to help keep Ohio’s roadways clean and litter-free.”

The Adopt-A-Highway Program began during the summer of 1989 and went statewide in March of 1990. Since then, thousands of groups across the state have helped to keep Ohio beautiful.  Over the last 10 years, the program averages a savings of $240,000 per year for taxpayers.

Across District 1, county administrators are delivering certificates to a handful of unwavering groups that have been maintaining stretches of highway since the early years of the program.

The following groups are to be credited for more than 25 years of service in Adopt-A-Highway:

“We encourage individuals and groups to consider picking up a section of road,” said ODOT District 1 Deputy Director Chris Hughes. “The Adopt-A-Highway program provides groups a way to give back to their communities and saves ODOT money in litter cleanup costs that can be reinvested elsewhere.”

In 2019, 100 active groups with approximately 1,450 volunteers picked up over 400 bags of trash from along more than 200 miles of highway in District 1, which includes Allen, Defiance, Hancock, Hardin, Paulding, Putnam, Van Wert and Wyandot counties.

“The program is good for building camaraderie among club members,” said Dan Klear, a member of the Glandorf Lions Club.  “And the signs at either end promote the group.”

In 1991, the group adopted a two-mile stretch of U.S. 224 west of Glandorf and Ottawa in Putnam County, but after 28 years of service, they are putting down their safety vests and grabber tools. “We hope another group will take over the route,” said Klear. “We want the main route into town to be clean and beautiful.”

Recently, Dana Inc. and the UAW Local 1765 adopted a section of state Route 115 near U.S. 30 in Allen County to honor Vicky Grace Martin, a service-minded co-worker and service-minded individual who passed away earlier this year.

“She was an advocate for the folks around here,” said Dana Plant Manager Dirk Taylor. “We are proud that the community service committee chose this way to celebrate Vicky.”

ODOT maintenance crews, Adopt-a-Highway groups and inmates from the Ohio Department of Rehabilitation and Correction (ODRC) pick up over 400,000 bags of litter each year. Statewide, ODOT spends approximately $4 million on average each year on litter clean-up.

The Ohio Department of Transportation maintains the state’s largest man-made asset – the transportation system. ODOT’s mission is to provide the safe and easy movement of people and goods from place to place. As a $3 billion per year enterprise, ODOT invests the bulk of its resources in system preservation through maintenance, construction, and snow and ice operations.

(Family Features) Valentine’s Day naturally brings thoughts of hearts, flowers, sweetness and love. Because it also occurs during American Heart Month, it’s a perfect opportunity to start taking care of your own heart and the hearts of loved ones. 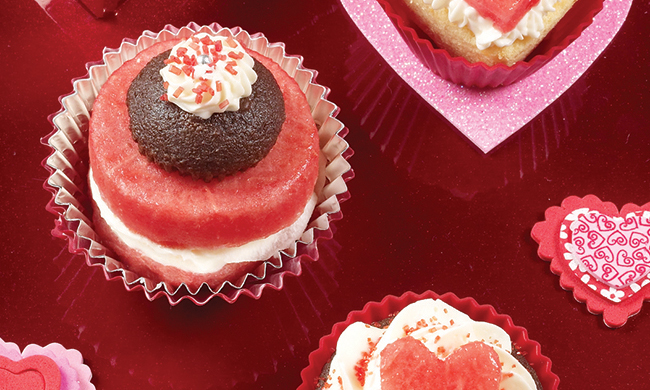 Part of the charm of the day’s celebrations is in giving family and friends flavorful foods to enjoy from chocolates and candies to other sugary treats. However, the festivities don’t have to be completely focused on unhealthy bites in order to make someone feel special.

This year, it can be easy to share in the fun of Valentine’s Day by serving those you love with sweet, seasonal treats. For example, these Frosted Watermelon Cutouts make for ideal snacks for children and adults alike whether it’s an after-school treat or a sweet dessert with just three ingredients, heart-shaped cookie cutters and minimal time spent in the kitchen.

If you’re really looking to impress that special someone, this Watermelon and Chocolate Dessert Board calls for creativity and plenty of tasty morsels like berries, cashews, almonds and dark chocolate. Without any baking or cooking required, simply spread out the ingredients for a platter that’s just as visually appealing as it is appetizing.

Both recipes include the benefits of watermelon, which boasts plenty of vitamin C to boost the immune system’s defenses as a cholesterol-free, fat-free and sodium-free food. Plus, watermelon draws its red color from the powerful antioxidant lycopene (12.7 mg per serving), which may help protect cells from damage, and the healthy treat is American Heart Association Heart-Check Certified with just 80 calories per serving, making it the perfect centerpiece for Valentine’s Day recipes. 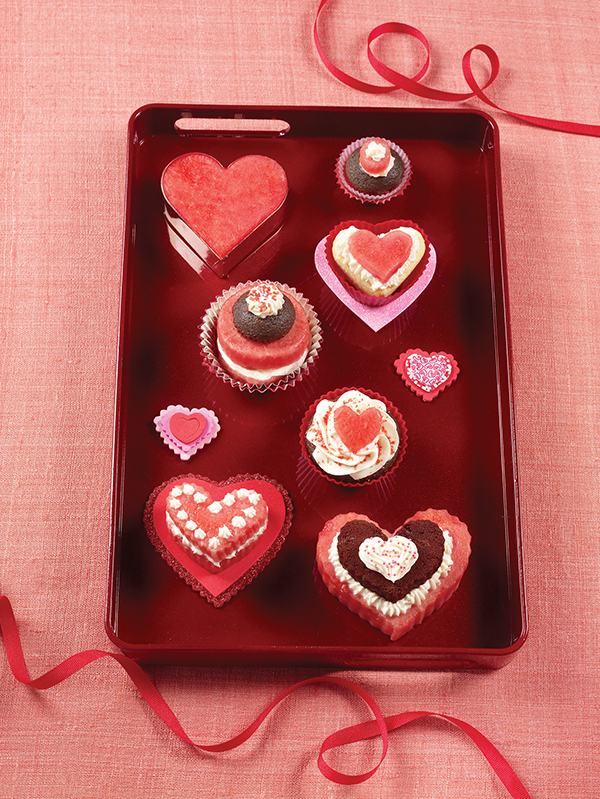 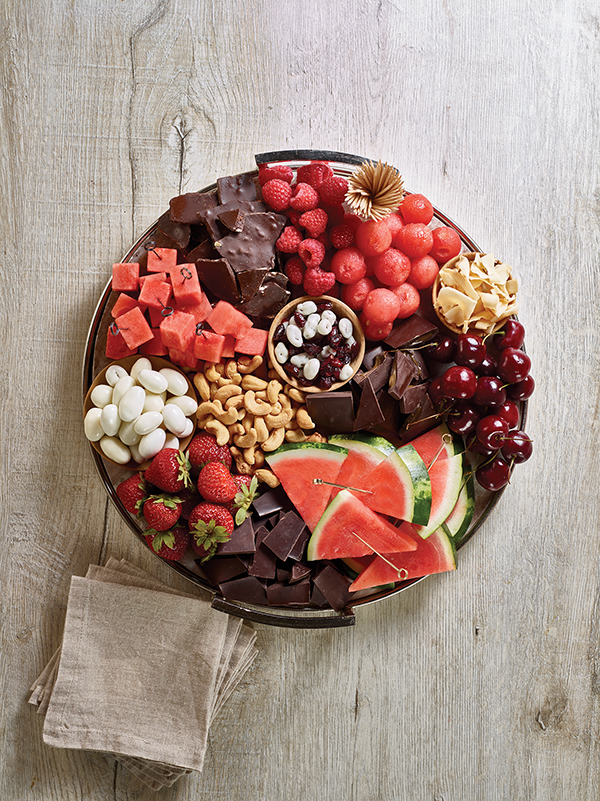 Watermelon and Chocolate Dessert Board

There will be an additional registration date, this Saturday, February 8th from 1pm-3pm at the NBFD for the NB Youth League